In 1999, I was flying in a Blackhawk helicopter, photographing Gov. Jim Hodges surveying hurricane damage on the coast. Our second stop on the trip was landing on the grounds of The Citadel in Charleston. As we flew in, what caught my eye from 500 ft. in the air was the red and white checkerboard seen in several of the buildings. It leaped out at me and I told myself I was going to one day make a really nice picture on those checkerboards.

I had no idea how hard that would be.

I've photographed dozens of weddings at The Citadel since '99 but never could get inside the quarters to make a picture due to time or clearance restrictions. The Citadel is very strict about letting just anyone on the checkerboard.

At a recent wedding, I finally got a chance to make a picture of the bride and groom on the checkerboard. I'll admit I got chills making this picture because it's something I've been wanting to do for years. The groom spent four years living at these quarters so it meant a lot to him to be photographed there.

Congrats to Mamie and Thomas and thanks for helping me create an image eleven years in the making! 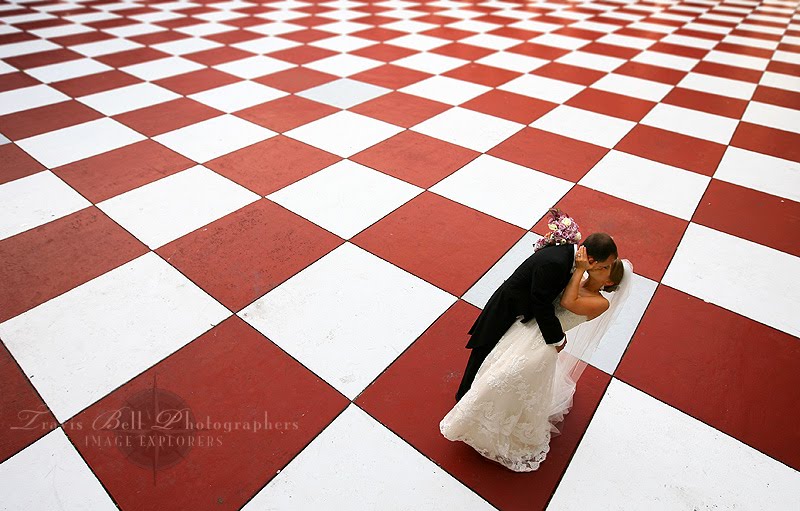