I've been photographing these guys away from the basketball court for more than five years and it's been fun to learn about their personalities when they are not coaching.
Coach Williams is personable. He remembers you if he's been around you and he will thank you for what you're doing in a way that reminds me of how people thank each other in the town I grew up in.

Coack K is brilliant. He loves to find out what drives people and he lights up like a ten-year-old when he starts talking about basketball. He once took a call from Kobe Bryant while I was standing beside him and after he hung up began to tell me all about this play that Bryant thought he should run during the Olympics. (Coach K has led several Team USA Basketball squads)

Coach Bennett is sharp as a tack and it's clear he enjoys having a positive influence on his players. He loves to talk about how his players are growing as men and athletes.

I have not been around Boeheim as much as the others but he is for sure...a fierce dude. He's a legend so I had to include him. 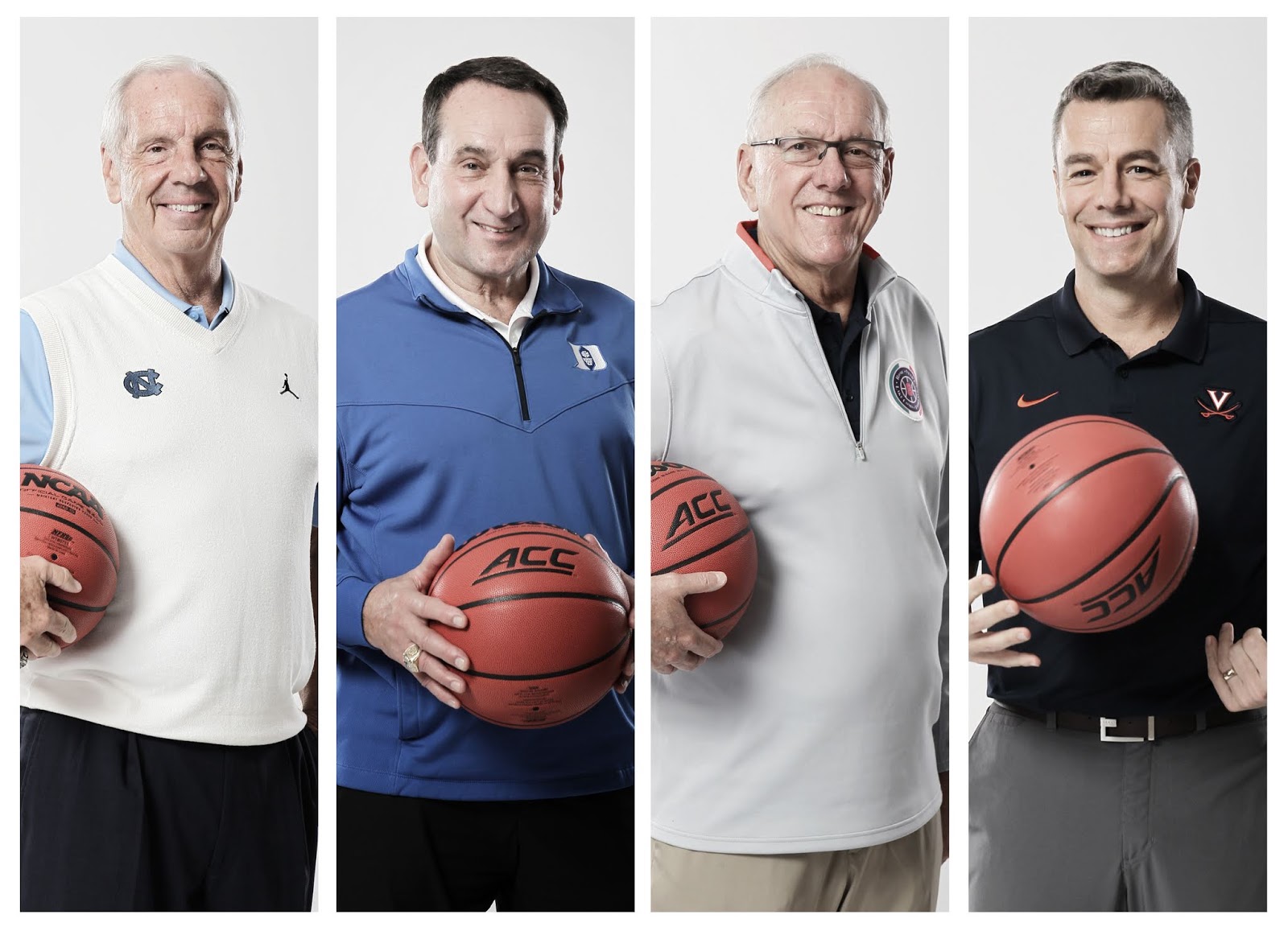