Last week's assignment took me to Orlando to photograph the Gamecocks' appearance in The Capital One Bowl. I've been photographing Gamecock football since I was in college and currently provide images to the university from games.

The game went really well. Some rain in the beginning but it faded off. There were a ton of great plays in this one. Near the end, the Gamecock staff asked me to come inside the players box to photograph coach Spurrier if he got doused with Gatorade.

As the seconds ticked down, Victor Hampton and Jadeveon Clowney walked over towards the cooler. I began making my way through the crowd of players while keeping my eye on the clock, Spurrier and the game.

Spurrier started walking on the field and looked right at me and said "You're about to get wet!"

"I know", I told him. (I got splashed while photographing the same thing at the Clemson game when the players aimed the cooler at his head)

Fortunately, Spurrier told his players before the game that if they were going to splash him, to do it on his back. They did that and as a result, I didn't get wet this time. He was smart to put that jacket on just seconds before he gout doused.

I'm glad they aimed for his back too. 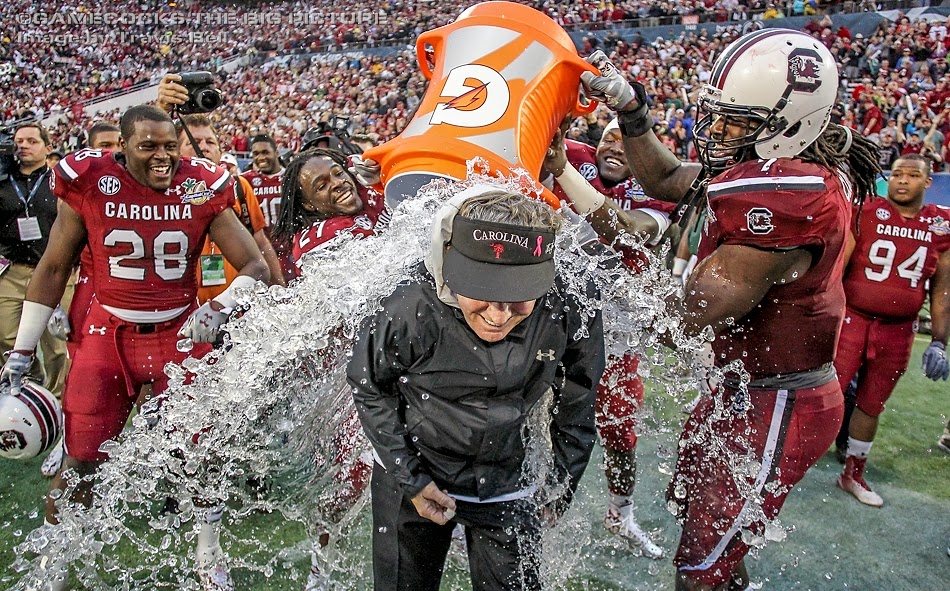